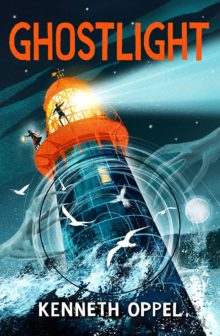 From the master storyteller Kenneth Oppel comes a fast-paced, high-stakes ghost story like no other – perfect for fans of Neil Gaiman and the Netflix series Stranger Things.

When Gabe accidentally awakens the ghost of Rebecca Strand, murdered by a wicked creature, he and his friends become swept up in a thriller that threatens not only them but the whole of humankind …

‘Rebecca Strand was just sixteen when she and her father fell to their deaths from the top of the Gibraltar Point Lighthouse in 1839. Just how they fell—or were they pushed?—remains a mystery. And their ghosts haunt the lighthouse to this day … ‘ Gabe tells this story every day when he gives the ghost tour on Toronto Island. He tries to make it scary enough to satisfy the tourists, but he doesn’t actually believe in ghosts — until he finds himself face to face with Rebecca Strand. The true story of her death is far more terrifying than any ghost tale Gabe has told.

Ghostlight is a fresh, and terrifying, take on the ghost story. Combining action-adventure with an exploration of grief, anger and family relationships, Oppel elevates the classic ghost story to another level. 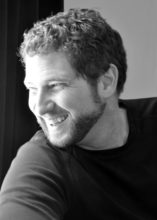