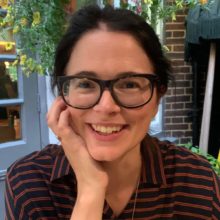 Anna Goodall was born in London into a family of musicians. But amidst all the instruments and piles of music, there were also an awful lot of books. Her granny used to read to her every night, and family folklore has it that she loved to write little notes to herself before she could read properly. (The content of these notes is still unknown, but we strongly suspect that they contained gibberish.) Even so, writing has always been a way for Anna to connect with herself and the world, and, alongside reading, the most important thing in her life.

She also has a great interest in animals (including talking ones), other worlds, families, friendship, football, how other people might be feeling and coffee.

After working in publishing, running a small literary magazine, bookselling and very occasional journalism, Anna took a Masters in Scriptwriting at Goldsmiths. But instead of doing what she was meant to do after that (ie, write a film or at least a short film) she decided to write a novel instead.

MAGGIE BLUE AND THE DARK WORLD is her first book. 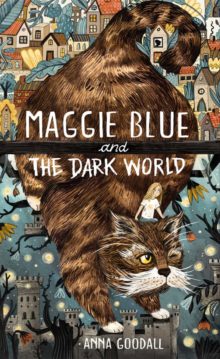